The event featured two dozen exhibitors across public and private sectors, commercial services and non-profit organizations and four hours of presentations focusing on the theme for this year’s event of “Stormwater and the Health of our Local Streams.”

The presenters each represented the partnerships between the host group, The Conservation Foundation of Naperville, and a combination of county and municipal entities and intergovernmental agencies working to achieve the common goal of stormwater management and healthy watershed habitat that transcends civil boundaries.

“Every square inch of land is in a watershed,” President and CEO of The Conservation Foundation Brook McDonald said in his introductory remarks. “This is to say that when it rains and water drains off the landscape, it goes somewhere. It goes to a river, a lake or a stream. ”

The three primary watersheds in DuPage County in northeastern Illinois are the East and West Branches of the DuPage River and Salt Creek.

“This snow here is going to melt,” McDonald said. It’s going to go to the West Branch of the DuPage, to the Des Plaines, to the Illinois, to the Mississippi and down to the Gulf of Mexico. So, we are all connected by water.”

While presenters reported of progress in the health of DuPage County watersheds, presentations commonly expressed the urgency of goals that remain to be achieved. The settlement history of DuPage County having been an agricultural transition to a suburban landscape has led to stress on the hydrology of the environment resulting in stream erosion and pollution.

Senior advisor of the Downers Grove Sanitary District and founding president of the DuPage River Salt Creek Workgroup (DRSCW) Larry Cox explained that a stream’s overall health is measured by its biological integrity, or by a stream’s ability to support aquatic life.

The DRSCW currently consists of 37 dues-paying public and private entities that have spent most of the last ten years monitoring streams and implementing restoration and mitigation projects for watershed habitat and flood control. The Metropolitan Water Reclamation District of Greater Chicago pays the largest amount of dues among the member organizations in the DuPage River Salt Creek Work Group. “We ignore political boundaries,” Cox said. “We are based on watersheds.”

The Workgroup started collecting data in 2006, Cox said, and has conducted three cycles of data on each stream – Salt Creek and the East and West Branches of the DuPage River. Using the data, the Workgroup examined relationships between a stressor and its impact on a stream.

“Of all of the stressors we looked at,” Cox said, “the top five strongest relationships to the predicted health of a stream are habitat related.”

One of the more urgent chemical threats to the biological integrity of the watersheds was found to be chloride. ”From the salt we throw on our roads in the wintertime,” Cox said. “Once we started talking to all of our municipal partners and county transportation, we found there are better ways to apply salt.”

While the overall health of the three primary watersheds of DuPage County, according to Cox, are in pretty poor health overall, he believed that monitoring efforts and the projects implemented so far have stopped the decline.

“I think we are starting to see improvements,” Cox said. “A main reason for that is a lot of the work that the Forest Preserve District [of DuPage County] is doing.”

One particular example was the Churchill Woods Dam removal project on the East Branch of the DuPage River in the western suburb of Glen Ellyn.

“Just as we need oxygen, so does healthy biology in a stream need oxygen,” Cox said. Low levels of dissolved oxygen (DO) in the East Branch were in violation of chemical regulations set by the US Environmental Protection Agency under the Clean Water Act, particularly upstream of the Churchill Woods Dam.

“So we took all our data and ran a model and wondered what would happen if we took the dam out,” Cox said. “Voila! That DO violation goes away. If we had tried to solve that with treatment plant upgrades it would have been in excess of $40 million. We did it for about one million, two million, somewhere in that range. Not only did we solve that DO problem but we made a much better aquatic habitat upstream of that.”

DuPage County Board Chairman Dan Cronin stressed the importance of intergovernmental cooperation in his statement to the Environmental Summit.

“I am the biggest proponent of the Forest Preserve and the fact that it is a jewel and that people come and live here in DuPage County because of the quality of life in large part that is provided by the Forest Preserve,” Cronin said, noting the success of the Churchill Woods Dam removal project.

“The project turned a stagnant pool of water into an active river utilized by hikers, fly fishermen, canoeists and others,” Cronin continued. “Intergovernmental cooperation is essential. It’s a big part of everything we do at the County. Cooperation, collaboration, consolidation, these are good words and we can work together to make DuPage County a marvelous place for everyone to live and to recreate and to raise a family.”

However, to many people at the Environmental Summit, collaboration may be a better word than consolidation. There were some concerns expressed in conversations at the NIU-Naperville event with the likely return of a 2013 effort in Springfield to consolidate the Forest Preserve of District of DuPage County with the DuPage County Board.

“It would be horrible,” McDonald said.

The County Board and the Forest Preserve District have operated separately since 2002 following a State law passed in 1996.

(Barry Dredze is a freelance writer and contributor to the Illinois News Network and writer with The Winfield Post. Reach him at thewinfieldpost@gmail.com.)

DRSCW
Recent Posts
About The DRSCW
The DRSCW (DuPage River Salt Creek Workgroup) formed in 2005 in response to concerns about TMDLs (Total Maximum Daily Loads) being set for the East & West Branches of the DuPage River and Salt Creek. The DRSCW seeks to implement targeted watershed activities that resolve priority waterway problems efficiently and cost effectively.
About Us | Watershed Descriptions
Events Calendar 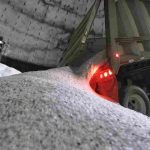 How Much Salt Did You Throw Away Last Winter?News