How Much Salt Did You Throw Away Last Winter?

How much salt did you throw away last winter? With member communities reporting twice the expenditure of resources during the winter of 2013-14 compared to an average year, the focus for many is on replenishing depleted salt stockpiles. However, such efforts are facing tough economic headwinds with market prices up to $150/ton and many suppliers reporting no inventory. 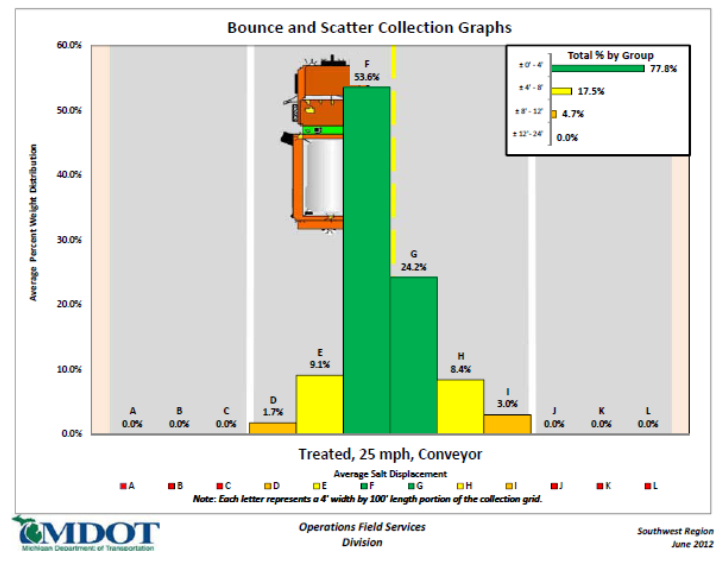 It is a good time to pause and think about the flip side of salt supply, efficiency of use. A community with storage of 600 tons who improves their efficiency by 25{8c660f1f9e25db9f87b56859d35333c3caa6b3a618f184798fe32d4a320d31d4} has effectively created an additional 150 tons of salt in storage. Is your community making the most efficient use of its salt? The answer in most instances is no. There are a few basic operational steps to ensure that your community is getting more out of every ton of salt it applies to the road. In 2012, Michigan DOT carried out a bounce and scatter study examining the distribution of dry road salt and treated (wet) salt from a Y- chute and a rear cross conveyor at increments of 10 mph. The study’s objective was to identify the combination of application equipment, vehicle speed and salt product needed to maximize the amount of salt that stays in the travel lane during application (defined as approximately four feet on either side of the roadway center line, or point of impact). Three additional 4 foot zones were set out on either side of the travel lane. The score attached to salt arriving in these zones was halved until it reached zero in the final zone, which started 16 feet away from the point of impact. Salt in the final zone was considered in the gutter, or 100{8c660f1f9e25db9f87b56859d35333c3caa6b3a618f184798fe32d4a320d31d4} wasted. 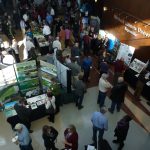